that rocked my world!

Feeling frustrated, confused or concerned about your son?

Do you feel a disconnect between what you read about the toxic male in the news and what you observe in your own son?

Are there some missing dots between what society says a boy should be and how your little guy actually is?

Are you and your partner not on the same page about raising a boy?

If any of this rings true for you, know that you are not alone. There is a light at the end of the tunnel. Here is where you start to understand what may be standing in the way. This is where you will learn that before you can work on any of the issues above, you need to find out what it is that you do not know; things you are unaware of that are impacting how you are raising your son.

That is exactly what I had to do when I was raising my son.

When I came upon Dr. William Pollack’s book, Real Boys, I had no idea that my world was going to be turned topsy-turvy and that it would be instrumental in how my future was going to play out. The author ended his book calling out to the reader to help him spread awareness about the emotional world of our boys. That call became the start of nearly three decades of research, observations and finding ways to share this knowledge with anyone who influenced the world of boys.

The critical turning point for me occurred when my son was three. What began as a lovely mom and son fishing outing ended up being how my story began. After this incident my view about society’s role in shaping how women relate to the male species altered drastically. I was being put on a warrior’s path. I needed to become my son’s greatest advocate. His emotional inner world was in my hands.

It was a beautiful, warm Saturday morning and armed with a yellow, plastic fishing rod, a cassette player with a supply of Raffi tapes plus all the trappings for a picnic, we began our adventure for the day.

We went to a nearby river, just down a narrow, country lane, somewhat hidden beneath a thicket of trees. We were thoroughly enjoying ourselves when I noticed movement in my peripheral vision. I looked up to see “a gang of five or six boys” approaching us.

Something so guttural and instinctive spread panic through me. My heart started to pound in my chest and my body tensed as my mind frantically sought out possible options to protect my son and me.

It turned out this ‘gang’ was a group of upper elementary boys, the same age group I was teaching at the time. I should have known better than to react solely on their size and their gender. I knew from experience that although many boys at this age were having growth spurts, inside most were still young, innocent boys. We were in no danger at all. Quite the contrary. We passed a few very pleasant hours together and my son thrived on the attention from the bigger boys.

The story could have ended here if I had been willing to pass off the uncomfortable feeling I had about my reaction. But something just did not sit right with me and, like a dog with a bone, I was determined to understand what had happened, and why.

An image came to me that spurred me on to taking that deep dive. The image was one where instead of an unknown young man inducing fear, it was an older version of my son that was causing another woman to instinctively be fearful of him. My sweet, little boy.

That just seemed so wrong! Simply because he was born a male?

That image spurred me on to watch, read, listen to everything I could lay my hands on that would help me understand and support that fragile emotional world that my son was part of. What I learned affected how I parent my son, how I related to the boys I was teaching, and in general influences my relationships with all males.

How did I miss all this? I am an educated, professional woman. I think deeply about children and at the time my son was born I already had been working with children and their parents for almost two decades. I had worked in an innovative, co-op daycare center that was known for forward thinking ideas about gender issues and intentionally aware of stereotypes. It was on my radar, and I felt confident that I was a progressive woman, aware of the issues, and doing my part to help curb them.

In truth, at that time, I had absolutely no idea of how deep and complex the issue around gender bias really is. That didn’t change until I was prepared to intensely examine what happened on that day my son and I went fishing. I had so much to learn in order to understand the world of my son better.

I imagine many of you reading this will think, just like I did, that those issues are not yours. I imagine many of you work hard at being the best parent you can be. You read a multitude of parenting books, scour the internet when you are stumped with some situation and feel confident that your son is going to be one of those remarkable men we all want.

It might happen. But it’s a bit like playing Russian Roulette. What if your son is the unlucky one? Are you willing to take that chance? I don’t think so.

There is credible research available that shows that the moment we know a child’s gender we think of them in stereotypical ways. Experiments have been done where an adult is told a child is the opposite gender of what he or she actually was. What was believed to be a little girl resulted in more cooing and cuddling, using language that signified typical female characteristics, and if a bit older was given toys that were associated with the assumed gender. When the adult believed the child with them was a boy (where it really was a girl), both the language used and physical interactions incurred were different.

The terrifying part of this is that the adults involved in this experiment believed, just like I had, that they were absolutely not influenced by gender stereotypes. There’s the first problem. If someone doesn’t even recognize the problem exists, how can we ever move forward to change it?

Without probing deeper, we will not uncover or become aware of how unconscious gender bias may be influencing how we are raising our sons. We may unintentionally be perpetuating the problem.

Rather than agreeing to a game of Russian Roulette let’s tackle the issues head on and fight for what our boys need and deserve. Let’s give all our boys a chance for a better future when they don’t need to wear the masks of masculinity that society often demands.

There are things we can all do. We start by examining our own unconscious biases around gender. If we look deep enough, we will find important information that is unconsciously impacting how we are parenting our sons. This is a critical first step.

Once you are aware, start to educate yourself on what is really going on in the emotional world of our boys. Read books and articles, take courses that dig deep into this area, watch documentaries about things like the Boy Code and the Man Box. Information is out there; you just need to look for it.

There are so many simple and practical strategies we can use in our parenting if we are just more aware of the issues our little boys will be facing. Take a deep dive into the emotional world of boys, and what you find will shake your world – just like it did for me when I was a young mom with a precious little boy. Take that first step. Recognize the problem. Learn how to intentionally parent your boy. Our boys need us to be their greatest advocates. 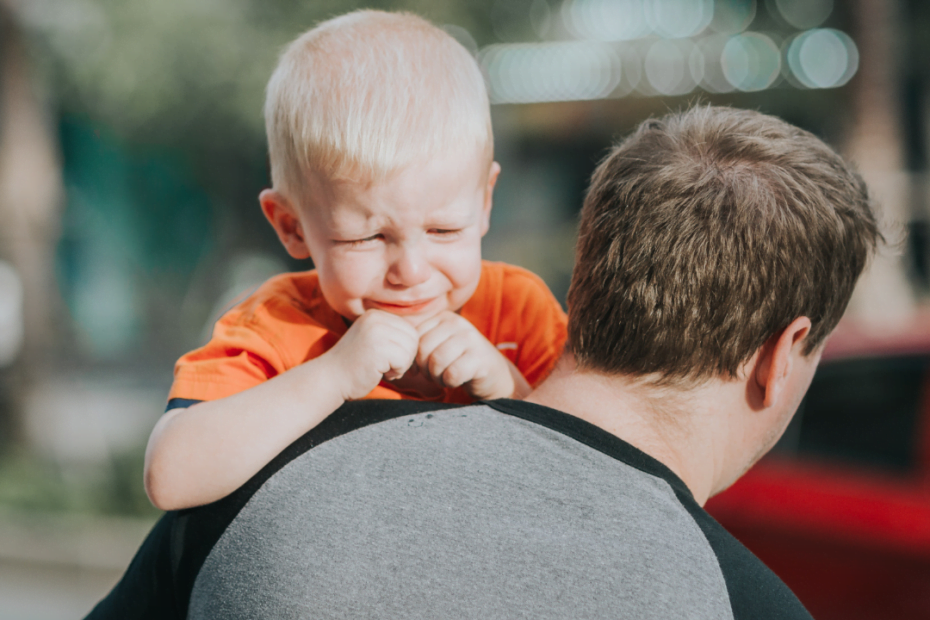 No Son of Mine!

No son of mine!   Why do we react so strongly? During the 1970s I was working in a progressive day care setting in Canada.… 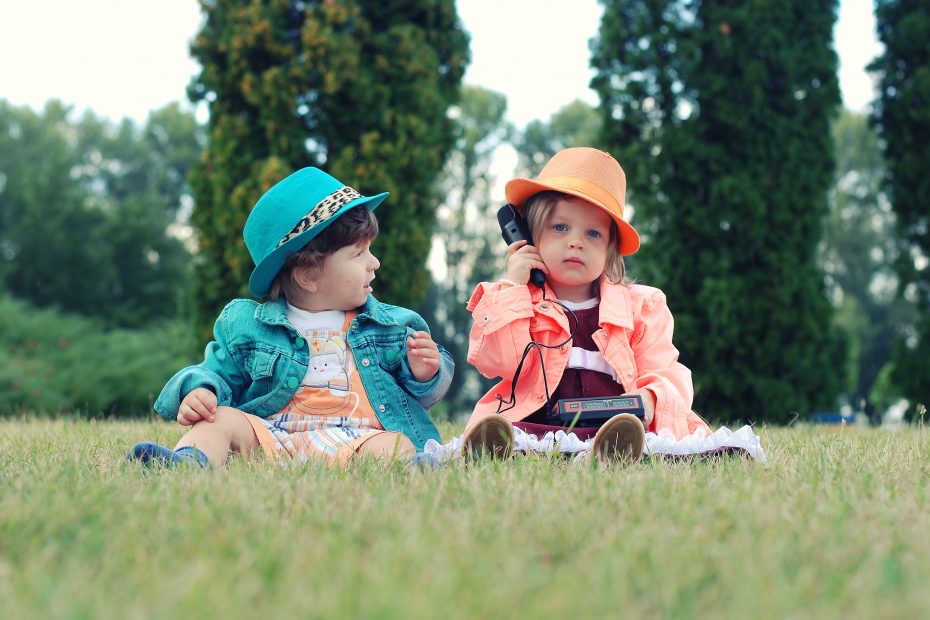 Who is this toxic male? Are unconscious biases perpetuating this stereotypical image that boys are toxic by nature and girls need to be protected from… 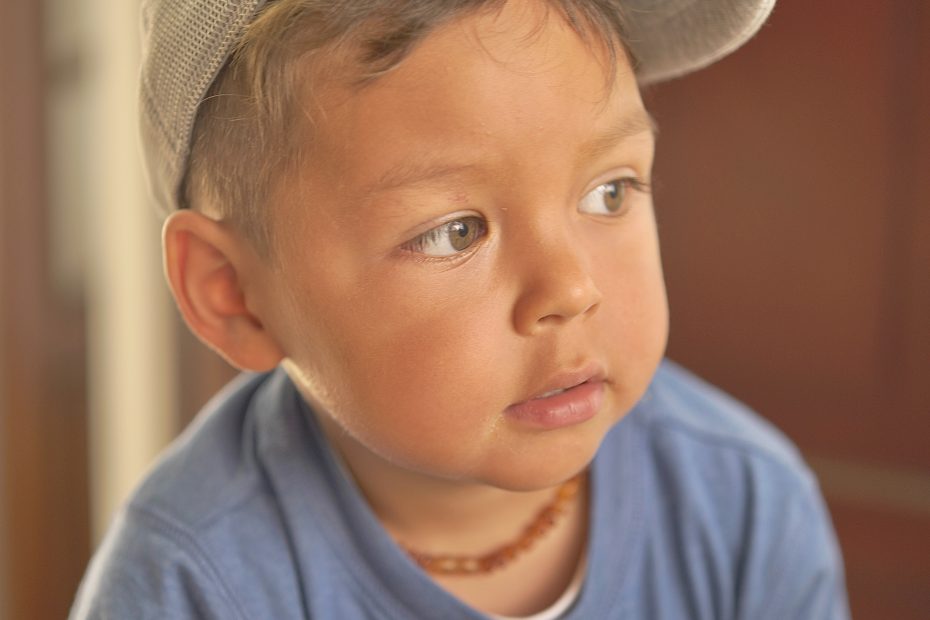 He wants to wear pink!

Does it really matter? What is it that makes us so uncomfortable about allowing our little boys to wear pink frilly clothing, or barets in… 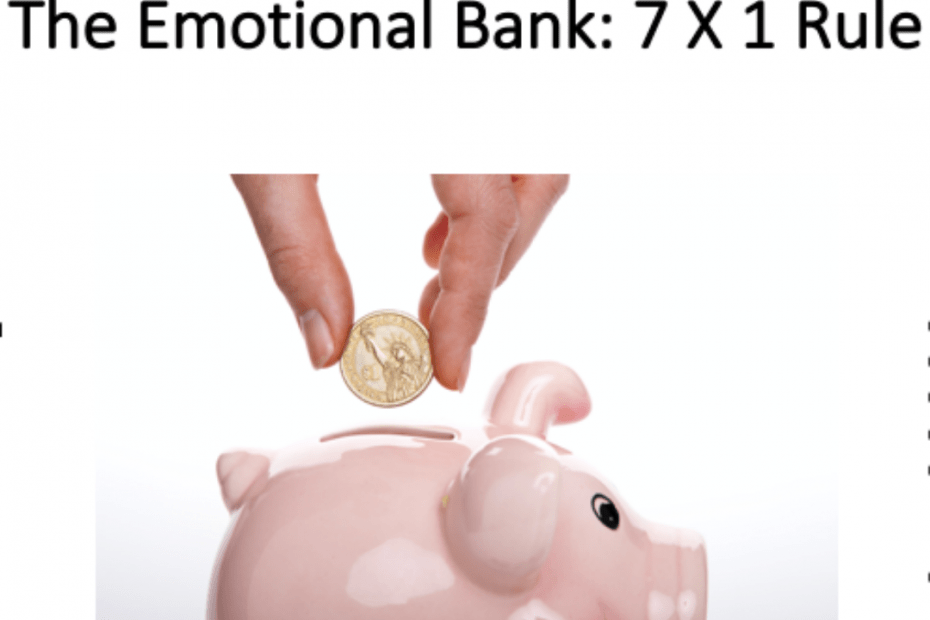 The 7 to 1 Rule will change your understanding about discipline What is an emotional bank account? This concept was first discussed by Dr. Stephen… 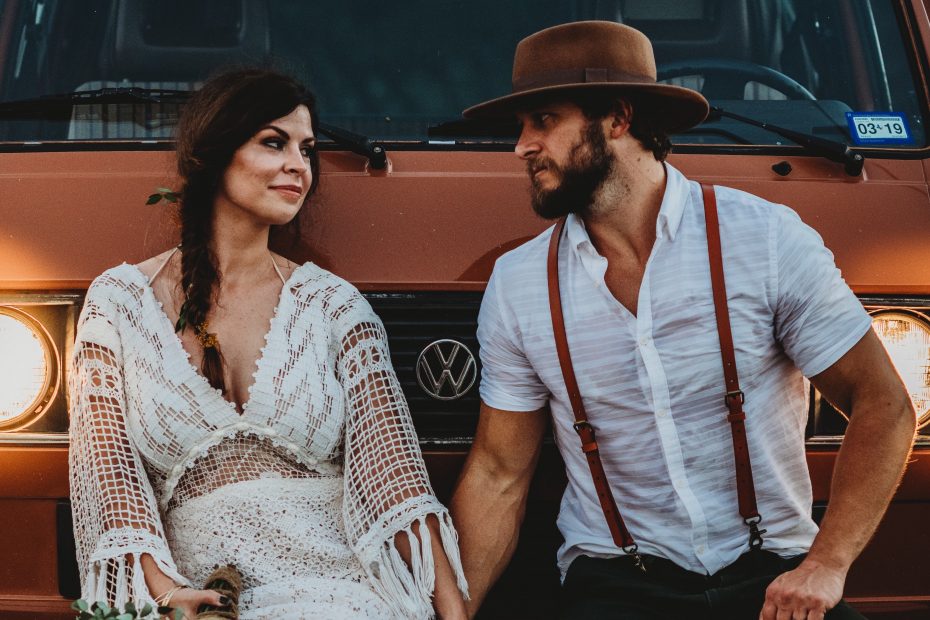 5 Secrets I Know About The Man I Married

The added bonus of understanding about the world of little boys that had a powerful positive impact on understanding big boys, too. 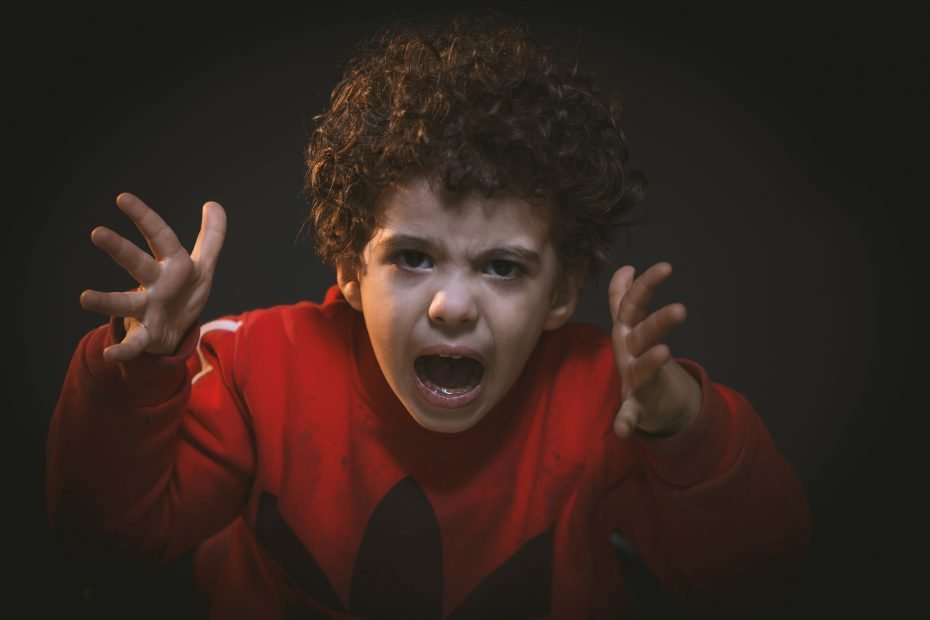 What your son might tell you, if he could. Understanding a Young Boy’s Anger. Jacob is a sweet, active four-year-old boy who started preschool this… 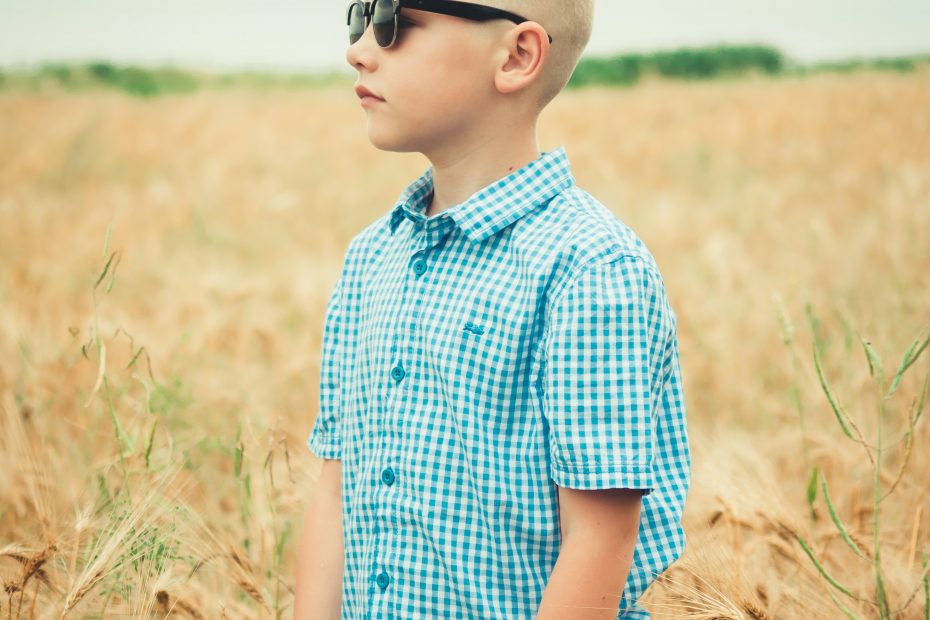 TIMED SILENCE Boys often need time to be silent before they are ready to share their feelings, especially after an emotionally charged experience. Boys often… 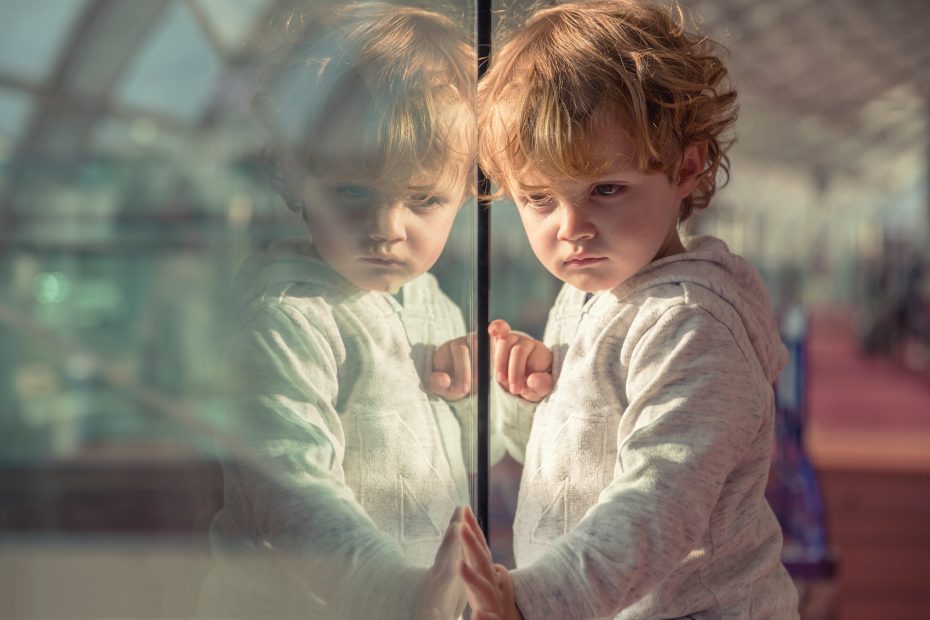 THE BOY’S CODE Society’s set of expectations for boys MYTHS Boys will be boys. Boys are naturally aggressive due to testosterone.  Boys should be boys.… 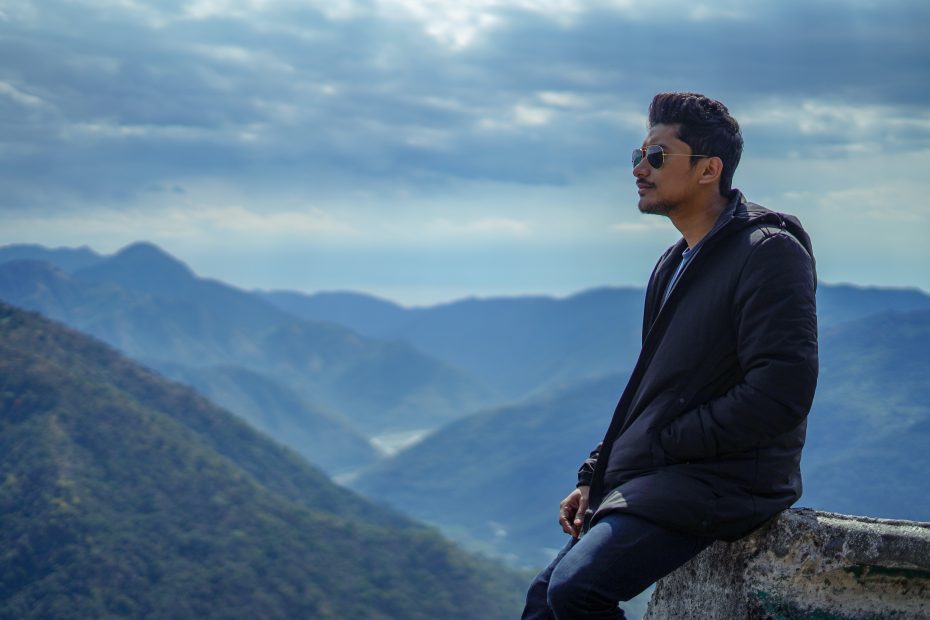 THREE STAGES OF BOYS Referenced from – Raising Boys: Why Boys are Different – and How to Help them Become Happy and Well-Balanced Men –…

Get started today and book a free consultation! Let's have a chat and see if this is the right place for you.
Holler Box